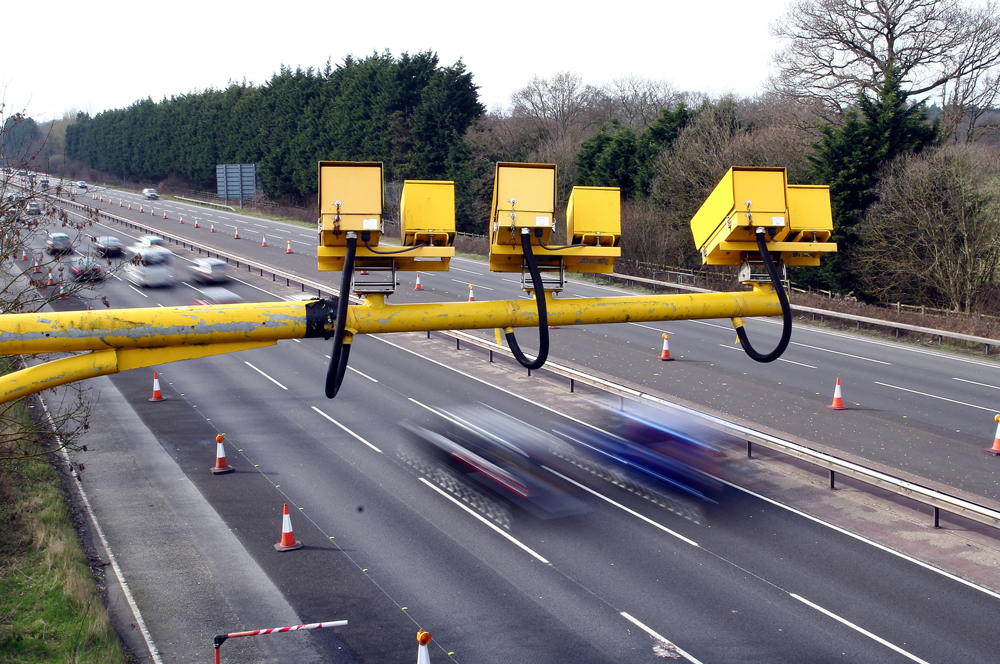 Since the UK entered lockdown on 23rd March 2020, UK police have found that a minority of speeding motorists have been travelling at more than double the limit. One driver was recorded at 134mph in a 40mph limit in London, whilst another was clocked at 115mph on a 40mph road in Greater Manchester. The UK police forces have emphasised that a crash could put a “huge strain” on other emergency services with one police force stating that a crash could lead staff being exposed to Covid-19 and forced into self-isolation.

This news comes as the Department for Transport research and data shows motor vehicle use in Great Britain has fallen by two thirds over the past month, particularly since the UK went into lockdown. But there are some individuals who are using the quieter roads to their advantage as a racetrack.

Over the Easter period between 10th and 14th April, Police Scotland stated that sixteen people were found committing drink or drug-driving offences. Superintendent Simon Bradshaw from Police Scotland’s road policing division stated that, “it is astonishing to see people behave so recklessly, particularly when we all need to be doing our bit to stay at home to protect the NHS and save lives.”

Recent incidents across the UK include:

There is also a concern, which relates to those undertaking unnecessary travel. Chief Inspector Steve Lenney from Dorset, Devon and Cornwall roads policing unit said that, “a serious road collision can result in around 20 emergency services staff attending the scene. If someone involved in the collision tests positive for Covid-19, then that is a substantial number of emergency services staff forced into self-isolation and unable to work, which puts a huge strain on all blue-light services, not just the NHS.”

Forces reporting an increase in speeding offences also included Northumbria, Leicestershire, Bedfordshire, Cambridgeshire, Hertfordshire and Merseyside. The all-Wales road safety partnership, Go Safe, said it was “seeing more vehicles exceeding the speed limit to a higher extent” despite a drop of more than half in the volume of traffic.

But what is the law behind speeding in the UK? Well, according to the UK law, excessive and inappropriate speeding is one of the four key behaviours which contribute to avoidable deaths and injury by making collisions more likely, and by making the resultant injuries worse.

The minimum penalty for speeding is a £100 fine and 3 penalty points added to your licence. A motorist could be disqualified from driving if he or she build up 12 or more penalty points within a period of 3 years. If a motorist has been stopped by the police for a speeding offence, the police can either send the motorist the details of the penalty or send the case straight to court.

If you’re stopped by the police for breaking the speed limit, they can either give you a verbal warning, give or send you a Fixed Penalty Notice or order you to go to court – you’ll be sent a letter telling you what to do.

After you’ve sent the Section 172 notice back, you’ll be sent either a Fixed Penalty Notice or a letter telling you to go to court. The Fixed Penalty Notice gives you the option of choosing whether to plead guilty or not guilty. If you plead guilty you will have to pay a £100 fine and have 3 points added to your licence, unless you’re given the option to attend a speed awareness course. Usually the motorist can avoid driving licence points by opting for a speed awareness course if it is their first speeding offence, or, if the motorist hasn’t attended a speeding awareness course within the last three years. However, sometimes the punishment is more severe.

If you decide to dispute the speeding fine, the case will go be heard at a magistrates’ court. Although you can also argue your case by letter, you should consider attending in person. This is because the court might be more sympathetic to your case if you show you are remorseful and outline any mitigating factors. Your solicitor will help you to make your defence case but sometimes it is best to admit that you made a mistake with perfectly acceptable reasons for doing so.

If you are at risk of losing your licence, for example if you already have points on your licence from previous offences, outline the consequences you would be facing if should this happen. These consequences could include losing your job as you drive for a living or commute to and from work.

Our team of specialist driving offence solicitors at Driving Solicitors have the experience and expertise to give advice over any issues regarding driving under the influence of drink. If you have been charged with breaking the speed limit whilst driving and feel that you have wrongly been accused, get legal advice and help today! Do not hesitate to contact Driving Solicitors on 0203 488 2551 or email us on info@drivingsolicitors.co.uk to get expert legal advice from a specialist motoring solicitor today.