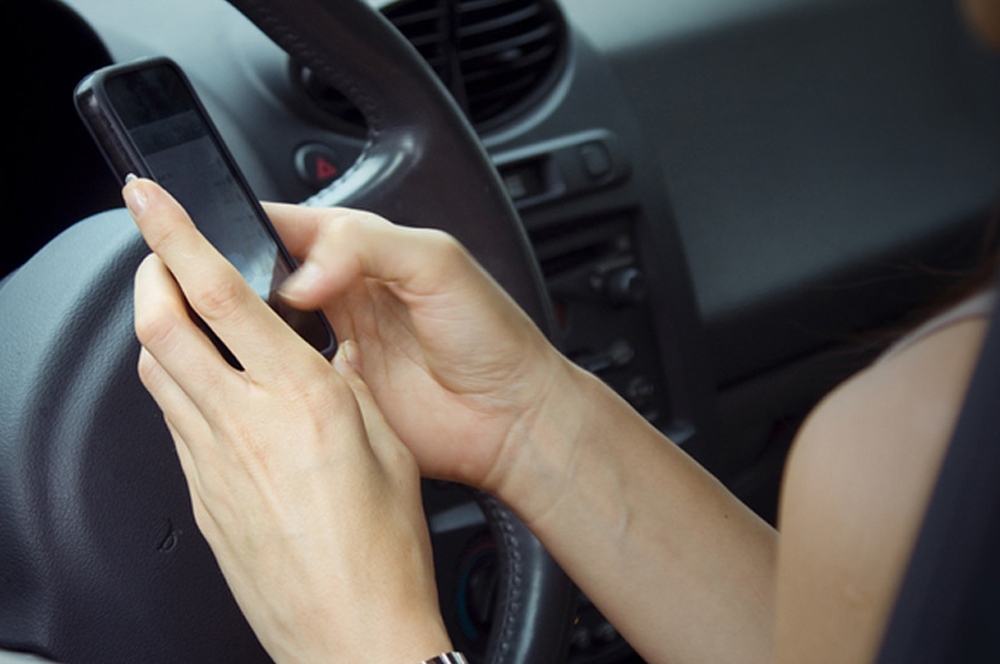 In March 2017, the penalties for driving a vehicle whilst using or holding a handheld mobile phone were significantly made more severe by the UK government. This was seen as the nation’s way of cracking down on the number of motorists who used handheld and/or mobile phones whilst driving. The changes made in March 2017 included changes to the wording and meaning of the law, which states that it is the “use” of a handheld mobile phone that is illegal. This includes texting while driving or riding a motorcycle, using any other Apps, or messenger services that allow you to communicate with other people. This offence is not just using your mobile as a phone to talk to people while driving.

Now, if a motorist is caught for using a handheld mobile phone whilst driving, the motorist can land six penalty points and a £200 fine for being caught – which is enough to see a new motorist land an instant driving ban if they have less than two years of experience.

So, how effective have the March 2017 changes been to mobile phone driving offences? Well, this question is greatly contested by a variety of sources. The Express newspaper and the RAC argue that these changes have made very little or impact to UK motorists using their mobile phones whilst driving. For example, new figures have revealed that the number of fatal collisions caused by motorists using a mobile phone while driving is rising. For example, in 2016 there were 32 fatal collisions in the UK, up from 22 the year before, and a total of 2,210 collisions of all severities where a mobile phone was involved between 2012 and 2016. In previous research conducted by the RAC, it was found that around nine million UK motorists habitually use a handheld phone while driving.

And despite these figures and the new harsher punishments, not a lot of motorists are aware of the severity of the penalties for driving with a mobile phone. A new study conducted by the RAC this year, found that of 2,000 UK drivers, just 36 per cent of motorists surveyed knew the fine and point endorsements. In addition to this, the study found that 26 per cent of the 2000 drivers were not aware that the penalties had been made more severe in March 2017.

However, the Independent newspaper found that since the March 2017 changes a total of 70 per cent of people said they were against mobile phones being used at the wheel, according to the British Social Attitudes Survey (BSAS) which has been gathering data on the subject since 2006. This changing of attitude has been a year on year increase of 3 per cent as in 2007, just 56 per cent were against using mobile phones whilst driving. The RAC safety spokesman Pete Williams acknowledged this changing attitude commenting that:

“What is also clear is that some drivers have a genuine addiction to their phone, given how    many are prepared to use it illegally despite fearing they will get caught by the police. And the fact the vast majority of drivers who admit to offending do so when on their own suggests it is something they don’t really want others to see them doing.”

However, Williams also argued that using a handheld phone while driving is a personal choice that motorists make, albeit a dangerous and illegal one. He also stated that:

It was found in the RAC study that 18 per cent of drivers are advocates for blocking of mobile phone signals within cars altogether. that around a third of drivers do not believe that the new March 2017 punishments are a severe enough deterrent to stop people offending but did suggest that more visible enforcement of the law is the key to getting people to change their behaviour, opposed to larger fines. These visible enforcements are currently being worked on throughout the country.

In a newspaper article published by the Express in July of this year, the Express has highlighted the fact that people driving with mobile phones has become common enough for Norfolk police to put up three new roadside detection systems. These new signs will detect when signals are being transmitted by a handset inside a car and will then flash a symbol of a mobile phone with a line through it to remind motorists not to touch their mobile phone handsets whilst driving their vehicle. The Express states that these signs will “shame” motorists who use their mobile phones whilst driving.

Although this is an interesting development in the nation’s campaign to cut down on mobile phone related driving offences, the signs will not be able to record a vehicle’s registration or issue fines. But, the data that it collects will most likely be used by Norfolk police to set up potential future policing. Also, the signs won’t be able to tell for if a motorist or their passenger is actually using the mobile phone the hope is that it will remind people of the dangers of using mobile phones whilst driving a vehicle. Norfolk Police have worked with the technological company Westcotec, also based in Norfolk, to design and produce these new road signs. Westcotec are working with authorities across the world – including Argentina, Slovenia and New Zealand – to implement the mobile phone warning technology.

Since the new harsher penalties for using a mobile phone whilst driving, Norfolk police have found that during their Operation Ringtone in January 2017, they caught more than one hundred and twenty people for committing mobile phone related driving offences.

The Police Inspector of the Norfolk Roads Policing Unit stated that: “We will be using the information to help us target drivers in the future, but the message is simple – leave your phone alone whilst you’re behind the wheel. Using a phone at the wheel is one of the fatal four road offences which can have devastating consequences if it causes a fatal or serious collision.” (The Express).

Pete Williams, RAC road safety spokesman, said: “These figures show there remains strong public feeling about drivers using mobile phones at the wheel illegally, even after the introduction of tougher penalties more than a year ago.” But Williams makes the point that a proportion of drivers seem to believe that the “law will never catch up with them; or that continuing to use a hand-held phone while also trying to do something as demanding as driving is in some way ‘safe’, when all the evidence shows otherwise.” He believes that this is mainly because of how difficult it is for police forces across the country to enforce the handheld mobile phone law with their limited resources. This is where Williams states that the government should be more involved in “creative thinking” by looking at how new technologies that could aid law enforcement which can be backed by a strong national and local publicity campaigns.

To have a read of the newspaper articles have been used in this blog, please look at the following websites: