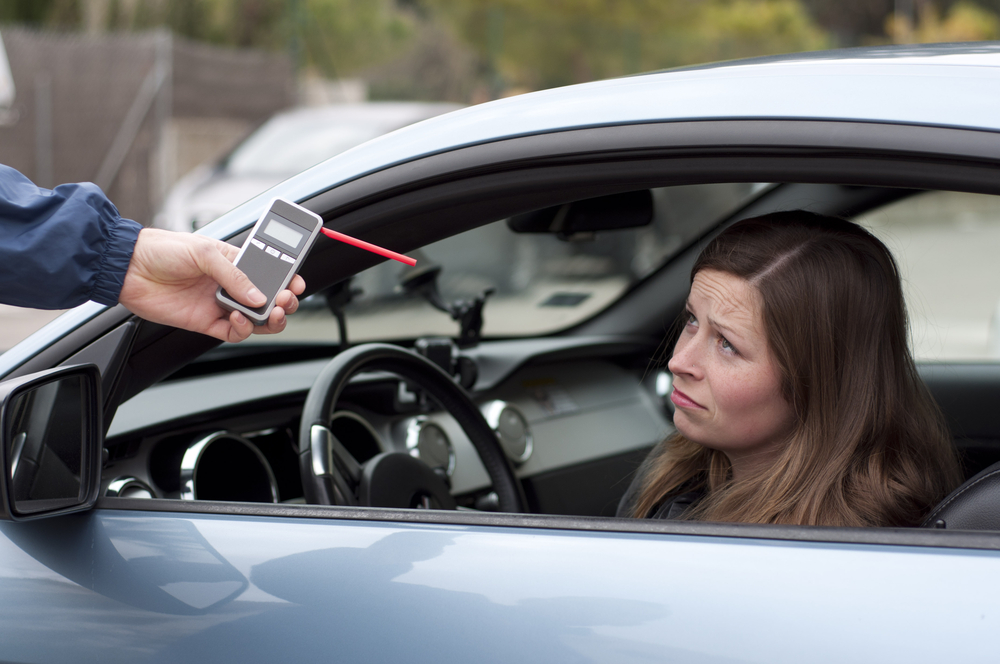 Driving Solicitors will look at the importance of Dawson v Lunn when looking at the Hip Flask Defence. This information has been taken from Westlaw among other sources.

A charge was that the defendant at Colchester in the county of Essex did drive a motor vehicle on a road or public place called Balkerne Hill, after consuming such a quantity of alcohol that the proportion in his breath was 53 microgrammes of alcohol in 100 millilitres of breath, which exceeded the prescribed limit of 35 microgrammes in 100 millilitres of breath, contrary to section 6(1) of the Road Traffic Act 1972 as amended by the Transport Act 1981 .

He said that he was. The constable suspected the defendant of having been drinking. He had strong smell of alcohol on his breath. His speech was slurred. He was asked if he had been drinking and he said that he had had a couple of pints about half an hour ago. When the defendant gave evidence it was noticed that he was very difficult to understand. His natural speech could be construed as slurred.

Subsequently the defendant accompanied the constable to Colchester police station, where the defendant provided two specimens of breath for analysis at under section 8 of the Road Traffic Act 1972 .

The procedure was followed correctly and the lower reading of the two specimens was 53 microgrammes of alcohol in 100 millilitres of breath.

The justices agreed that this equalled 122 milligrammes in blood.

The defendant was then charged with the drink driving offence.

The defendant was in the Army and on the night in question and was on duty in the barracks. He was only allowed two pints of beer while on duty.

The defendant had one pint of beer at 7.30 p m. Later he went to semi-official in Colchester, where officers present who would notice if he was drinking.

He had one pint of beer at this function. He left the function in his motor car which broke down in Colchester.

He went to the nearest public house to telephone the police and a garage.

During the 10 minutes whilst in the public house, a friend purchased him a pint of beer, which the defendant drank.

The defendant left the public house shortly after to return to his motor car, where the police were waiting by his car.

The defendant called a witness, who bought the defendant the pint of beer (post driving consumption).

The justices found the two defence witnesses more credible than the police witnesses.

It has been stated that: 1 pint = 30 milligrammes.

The justices were referred by the prosecutor to notes on the Transport Act 1981:

‘The alcohol reading will still be validly admissible in evidence even though alcohol was consumed subsequent to the driving or attempting to drive. There will still be a partial hip flask defence. The accused will have to prove that the alcohol consumed subsequently would have taken him over the limit. If the proceedings are for driving or attempting to drive whilst, he must prove that the alcohol without the subsequent consumption would not have been such as to impair his ability to drive properly. The burden of proof on the defendant and therefore will be on the balance of probabilities’.

The justices considered on the balance of probabilities that the drink which the defendant has consumed after ceasing to drive his motor vehicle was sufficient to take him over the limit and accordingly dismissed the charge.

‘The question of law for the opinion of the court was whether the justices were right in dismissing the charge having regard to the provisions of section 10(2) of the Road Traffic Act 1972 as amended by the Transport Act 1981 , having regard to the evidence given by the defence which did not include any medical or other expert evidence’.

‘Alcohol is removed from the blood at a rate of about 15/mg/1OOml/h, though there is a good deal of individual variation. Metabolism is accelerated in heavy drinkers unless they have liver damage, when it may fall to less than a quarter of normal. Detectable blood concentrations are present for over eight hours after three pints of beer or three double spirits in normal people; in patients with liver damage concentrations may remain high for over 24 hours’.

‘Alcohol has a euphoriant and disinhibiting effect, but even at low blood concentrations (around 30mg/100ml) the risk of accidental injury increases. In a simulated driving test, bus drivers with blood alcohol concentrations of 50mg/100ml thought they could drive through obstacles that were too narrow for their vehicles. At 80mg/100ml the risk of a road accident is more than doubled; at 160mg/100ml it increases more than ten fold. Dysarthria and ataxia occur at concentrations of 160–200mg/100ml, when loss of consciousness may result. Concentrations above 400mg/100ml are commonly fatal, especially if a sedative drug is also taken’.

The case raises a question relating to the defence which arises under section 10(2) of the Road Traffic Act 1972:

The burden of proof which rests on the accused under that provision is a burden of proving the required matters on the balance of probabilities.

Three minutes after the defendant reported the vehicle had broken down the Police Constable attended the scene. The Police Officer formed the opinion that the defendant had been drinking, whereupon the defendant said that he had a couple of pints about half an hour ago.

The defendant accompanied the constable to Colchester police station and provided two specimens of breath for analysis.

The defendants evidence provided the basis for an argument advanced by the defendant to the effect that the third pint of beer consumed, which on his account he had drunk had been drunk by him after he had ceased to drive, and that had he not drunk that third pint of beer the proportion of alcohol in his breath or blood would not have exceeded the prescribed limit.

There are various statements in the exhibit, including the following:

1. ’In health, alcohol is removed from the blood at a rate of about 15 mg/100 ml, though there is a good deal of individual variation. Metabolism is accelerated in heavy drinkers unless they have liver damage, when it may fall to less than a quarter of normal. Detectable blood concentrations are present for over eight hours after three pints of beer or three double spirits in normal people…’

2. ’An extract from the British Medical Journal , dated 21 November 1981, was produced to the court. This stated 1 pint = 30 milligrammes … Three other sections from this extract weighed heavily with us. One was the graph of concentrations, one was the phrase “though there is a good deal of individual variation ” and the other was the table of alcohol content and peak blood concentration for beer. The table referred to showed that the peak blood concentration level did not progress linearly. 122mg/100ml was equivalent to three pints of beer, but nothing is stated as to the period of time over which it was drunk. If one subtracts the pint that was drunk at The Hole in the Wall public house–and only one pint was admitted; if the defence had wanted to lie they could have–it would bring the peak blood level concentration when the car was abandoned down to about 80mg/100ml which is so close to the legal limit when taking the individual variation into account’.

It was stated that: ’On the balance of probabilities, the drink which the defendant had consumed after ceasing to drive was sufficient to take him over the limit, and accordingly they dismissed the charge’.

The judgement reads that: ‘This case shows vividly the dangers of laymen, in other words those who are not scientifically qualified, dabbling as amateurs in science. This applies to all of us who sit on the bench, whether lawyers, or lay magistrates. It shows the desirability, when faced with scientific matters, of having the assistance of those who are qualified to help us to deal with those matters…We see the justices proceeding on the basis of the defendant having drunk one pint of beer, then, having drunk a second pint of beer at a later time and then a third pint of beer the defendant had proved that the third pint was the crucial pint which had taken him over the limit’.

It was acknowledged: ‘There are circumstances in which, as a matter of common sense, laymen can reach a perfectly sensible conclusion unaided by scientific evidence. We need only to take the simple case of somebody who satisfies the justices on the evidence that he had drunk only a small amount before driving, and that after ceasing to drive he had drunk a substantial quantity of alcohol. The justices can then conclude, as laymen, reliably and confidently–and I take those words from a judgment to which I am about to refer–that the defendant has satisfied them, on the balance of probabilities, that he has consumed alcohol after ceasing to drive and that had he not done so the proportion of alcohol in his breath, or blood, or urine would not have exceeded the prescribed limit. But there must be cases where the justices cannot sensibly draw that conclusion themselves unaided by expert evidence’.

It was stated: ‘That case was not concerned with the precise subject-matter of the case with which we are here concerned. It was concerned with the question of laced drinks, and special reasons in relation to disqualification from driving as to the imposition of penalty points. But here we are concerned with a problem of a very similar kind, because in relation to special reasons, as in relation to the defence which arises under section 10(2) of the Road Traffic Act 1972 , the burden is on the accused; in each case the burden of proof which has to be discharged rests on the balance of probabilities, and in each case what has to be proved is that alcohol consumed at a certain time has had a certain effect’.

In conclusion is was stated:

‘I am most reluctant to establish a rule which will be oppressive on defendants by requiring them to call, provide and pay for expert evidence in all cases of this kind, but I am eventually persuaded at the end of the argument that, unless the case really is an obvious one, unless the case is one where a layman can reliably and confidently say that the added liquor must explain the excess of alcohol, the only way in which a defendant can discharge the onus is by calling medical evidence. One will assume and hope that these cases will not be very frequent, but I reach the conclusion at the end of the case that where the facts are not obvious to a layman in the medical sense, it will be necessary for the defendant to call medical evidence in order to discharge the onus of proof which rests on him’.

The above information was provided by numerous sources, along with Westlaw. Driving Solicitors will be pleased to provide details of the sources relating to the above. Please contact: www.drivingsolicitors.co.uk