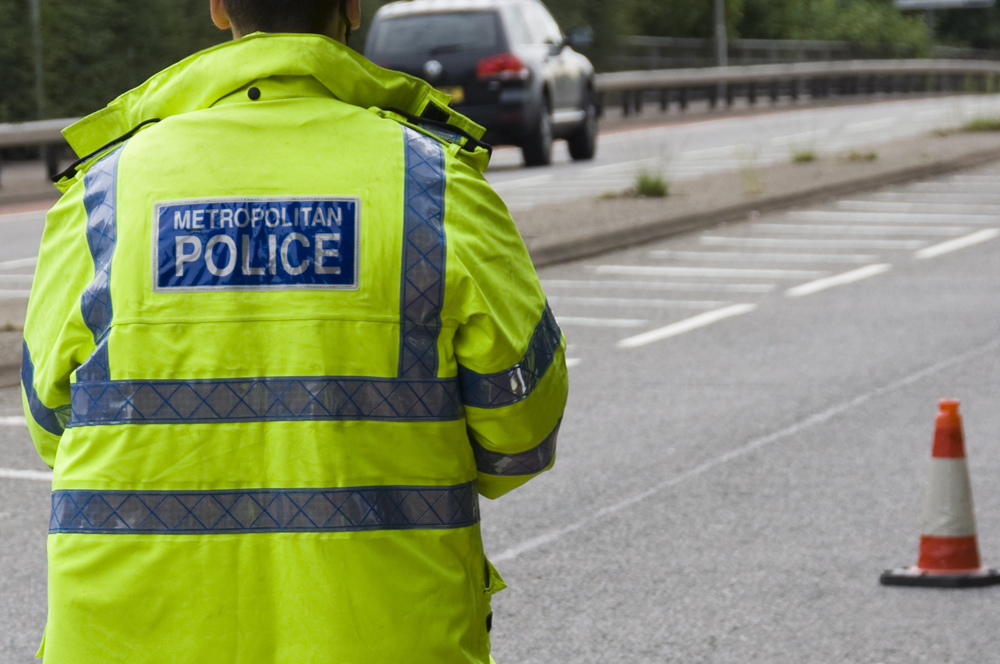 “This vehicle was stopped by Road Policing officers yesterday (Wed, 17 Feb), being driven on the A9 near Perth. The driver has been charged with dangerous driving, and will be reported to the Procurator Fiscal. The vehicle has been prohibited from being used on the road.”

The Scottish public prosecutor has the power to issue fiscal fines. Inspector Greg Burns, of Tayside Road Policing Unit, said: “This vehicle should not have been driven in the condition it was in. The man put himself and other road users at huge risk by driving the car in this condition. He was missing a tyre and it is lucky that no-one was hurt.” Inspector Burns confirmed that “It is a driver’s responsibility to ensure that their vehicle is safe to drive and if it’s not, then don’t drive it.”

In this case, driving with a non-existent tyre would fall under the driving behaviour of driving whilst knowing the vehicle has a dangerous fault which would satisfy section 2 of the Road Traffic Act 1988. In this blog, we will be going through the offence of dangerous driving as well as other offences that relate to dangerous driving.

Other Charges Related to Dangerous Driving

The last offence which is linked to dangerous driving is wanton and furious driving. This offence is unusual and is generally used to prosecute offenders who have caused bodily harm through driving in a way that other dangerous or careless driving offences cannot be applied to. The wanton and furious driving offence dates from 1861, but has been used against non-motor vehicles, such as cyclists and horse carriages etc.

In February 2016, then eighteen-year-old Charlie Alliston was charged with the offence of manslaughter and causing bodily harm by wanton and furious driving after he knocked over and consequently killed a female pedestrian, Kim Briggs (aged 44) with his bicycle. Alliston was later cleared of manslaughter in August 2017 but was imprisoned for eighteen months for wanton and furious driving.

If a driver is convicted of dangerous driving, the driver will automatically receive a ban for a minimum period of twelve months. The driver may also be ordered to take a retest before being allowed to drive again. Dangerous driving offences will be dealt with by the Magistrates’ Court or Crown Court, depending on the seriousness of the case.

The penalty points for the offence of causing death by dangerous driving is three to eleven penalty points on your driving licence. But this only applies if you are not disqualified which is rare.

The first possible defence is that the driver can dispute that their driving was below the standard of the competent and careful motorist. However, this defence does come with its own dilemmas. Even if this dispute is successful, this defence may not prevent the driver from being convicted for the lesser offence of driving without due care and attention.

The third possible A different way of defending this charge is arguing that the driver’s vehicle was suddenly deprived of control by sudden illness and/or a medical condition, for example a sudden coma or epileptic fit. However, it is key to note that a loss of control through a known pre-existing condition will not usually provide a defence and might in fact make matters worse for the driver’s sentencing.

Again, these are only examples of some defences that could be used. Due to the complexity of applying the law to the facts of each individual case, these defences should be discussed fully with one of our fully qualified solicitors to ensure the best defence is chosen for your case.

If you have been charged with the offence of dangerous driving, we are here to help. We can provide our expert defence team to represent you in court and help you avoid a potentially damaging criminal record.

We will look at all the facts of the accusation and decide what defence against theft is the best defence for your case. This will also include everything from the facts of the case all the way to whether your actions actually amounted to a criminal act.

Our team of litigators and advocates have many years of experience analysing complex factual scenarios and applying them to often novel areas of law ensuring we get the best possible results for our clients. Please do not hesitate to call us on 020 8158 9007 or email us on info@criminaldefencesoliticors.co.uk to get expert legal advice for you and your case.